Around Paramaribo and “Camp David” 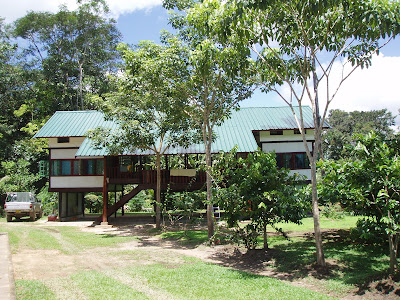 The lodge of "Camp David" 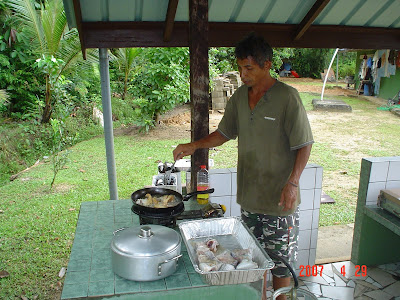 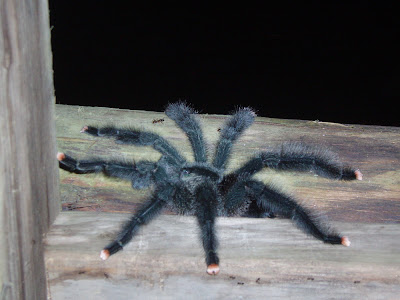 Only once we encountered a Tarantula 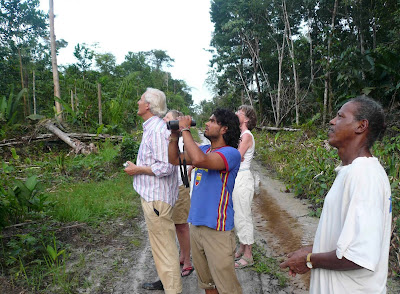 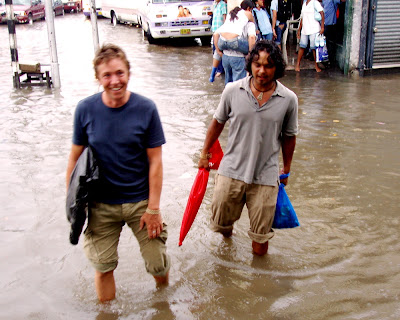 Hilbert-Jan and Boudewijn, shopping in Paramaribo after it had rained all morning..... 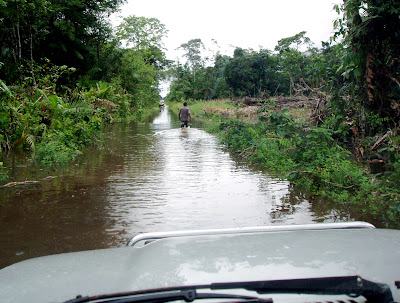 The flooded road to "Camp David". In Dennis' car we stayed dry!

During our stay we experienced that is was rain season: both the road to “Camp David” and, sometimes, the roads in Paramaribo were flooded. It was also the rambutan season: we enjoyed eating the delicious fruits! 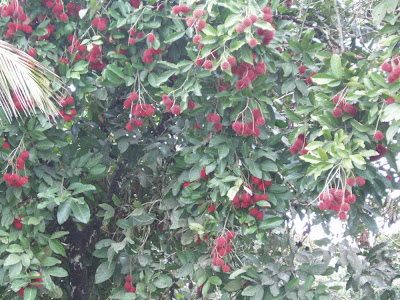 Beautiful Rambutan fruits along the road to "Camp David"

Much remains to be seen in Surinam like, for instance, the Brownsberg. Also, I didn’t see the Quinine tree! So, this will have to come during a next visit!

During our trip we sometimes talked about what should be considered to be bullshit. The jungle, however, does not give much opportunity for philosophical contemplations. Here are some after-thoughts:

La Condamine believed eventually in the existence of the Amazones: “Il y a toute apparence qu’il y a eu des Amazones en Amérique”, he wrote in his “Journal”. When I asked Jose, one of our Colombian guides in Leticia, he also said to believe that they had existed…..
After having learned to believe in the miracles of the dutch “Sinterklaas” and after, at the age of about 6, having been told that he doesn’t exist, many people continue to believe in almost anything (except Sinterklaas). Apparently, believing is a necessary and functional habit or mechanism in human behavior.


Sceptical people are often reproached that they ruin the beauty of myths by trying to understand their origin and meaning. It is true that understanding something makes it unnecessary to believe in it and that believing something usually results from ignorance and inexperience, but believing and understanding can both have their beauty…..and their “bullshit” 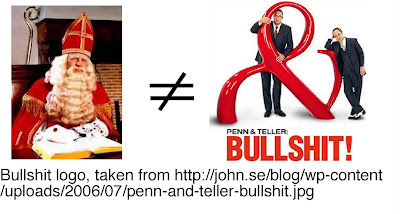 Sinterklaas is not bullshit because we can value him without taking him too seriously
(the celebration allows to express our feelings in a harmless decor which is functional even though we do not (anymore) believe in him)
Believing and understanding become especially relevant in health matters. When we met, on our first visit to Surinam in 2005, Karin Anema on the tower of the wooden cathedral in Paramaribo, we didn’t know that she had brought her son, suffering from Perthe’s illness, in a wheel chair to the well-known medicin man (“dresi man”) Pake. She tells this story in her book “De groeten aan de koningin” (Atlas, 2006; see document in dutch). Pake literally takes her son out of the wheel chair. After a few weeks oily compressions and exercises, he could walk again! X-ray photographs, made later in the Netherlands, indicated that the bone of his hip was growing again.

Some of us also visited Pake on April 30. In a loud voice he gave them a long “lecture” in sranan tongo about blood streams, muscles and nerves. Poor Dennis had to translate everything, but he as well as the other listeners were impressed by this man and said to believe in his power and insight….. 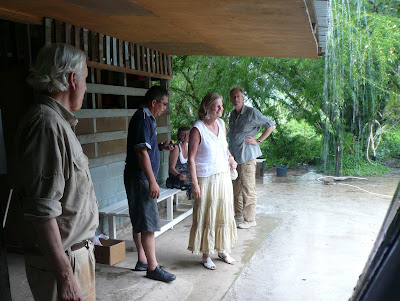 Waiting at Pake's house. Later, Hilbert and I stayed outside enjoying the pouring rain

What is amazing in the story of Karin Anema is not so much the miraculous healing of her son, but rather the fact that the dutch orthopedic physician kept this boy for two years in a wheel chair. Perhaps this was indeed the right thing to do, but we should not believe that right away! We have to try to understand his decision, ask about his experience in similar matters and about other reported cases. These can now be found on the web; for instance at "Perthe's Disease": “Until recently most children with Perthes' disease were treated with a plaster cast or brace, or surgery. However, it is now known that at least half of cases heal well without any treatment, particularly children aged five and under, and milder cases. So, in some cases a specialist may simply review the child every now and then to check that the femoral head remains in the right place as it heals. Advice may include to encourage swimming (to keep the hip joint active in the full range of movements), but to avoid heavy impact on the joint such as running or jumping.” 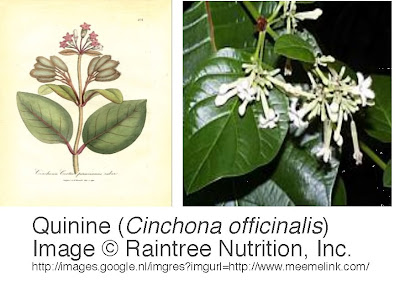 By structuring our health problems and by putting our physicians under regulated scrutiny, we have made huge progress in our health care. If we would not have done so during the past centuries, we would still have the insight of a medicin man in the time of La Condamine: we would perhaps still be using the powdered bark of the quinquina tree against high fever instead of our daily malarone-pill against the protozoan parasite Plasmodium.

But what to do with the power and insight of the Pake’s? Can we respect them without necessarily believing in them just as we can do with religion or Sinterklaas? I think we should value them without taking them (just as our own physicians) too seriously. 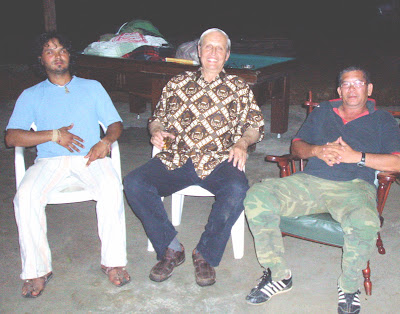 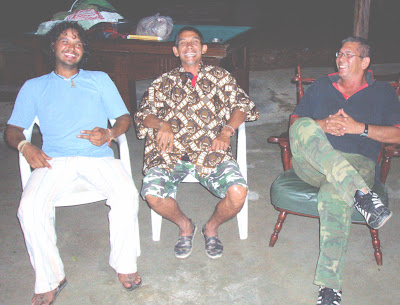 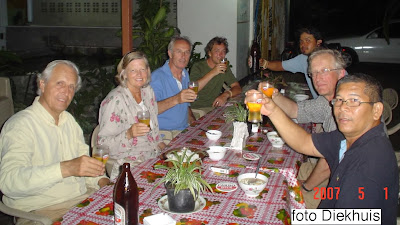 Eating "rijsttafel" at restaurant "Piet" on the Palisadeweg near Camp David