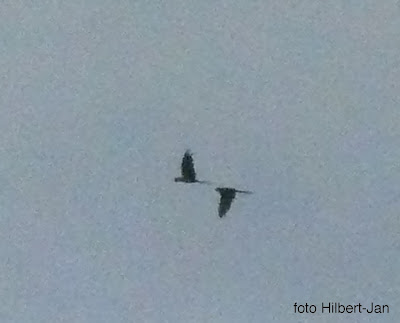 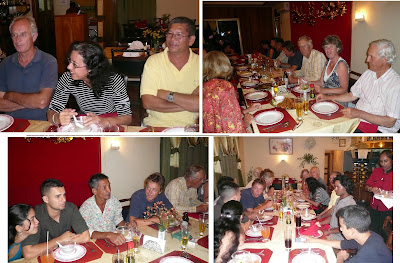 Just as one and a half year ago we had a farewell party at the chinese restaurant Fa Tai in Paramaribo, together with Marina, Alicia and Denny, the children of our hosts Cindy and Dennis.

At the dinner we thanked Cindy and Dennis for their good care, hospitality and perfect organization. Lous and Lidie were happy that, after one and a half year of stories, they had now also experienced Surinam.
And I was very happy that Cindy knew the artist Paul Woei and called him right away. I had a long telephone conversation with him and thanked him that, through his poster, he had drawn my attention to the visit of La Condamine to Paramaribo. I hope to meet him on our next visit!

On our last day, 12 May 2007, Rob and Emmy de Vries came to say goodbye. In the afternoon we drove to the airport at Zanderij. The plane brought us in 8 hours and 20 minutes to Amsterdam. 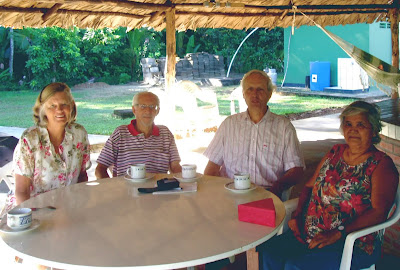